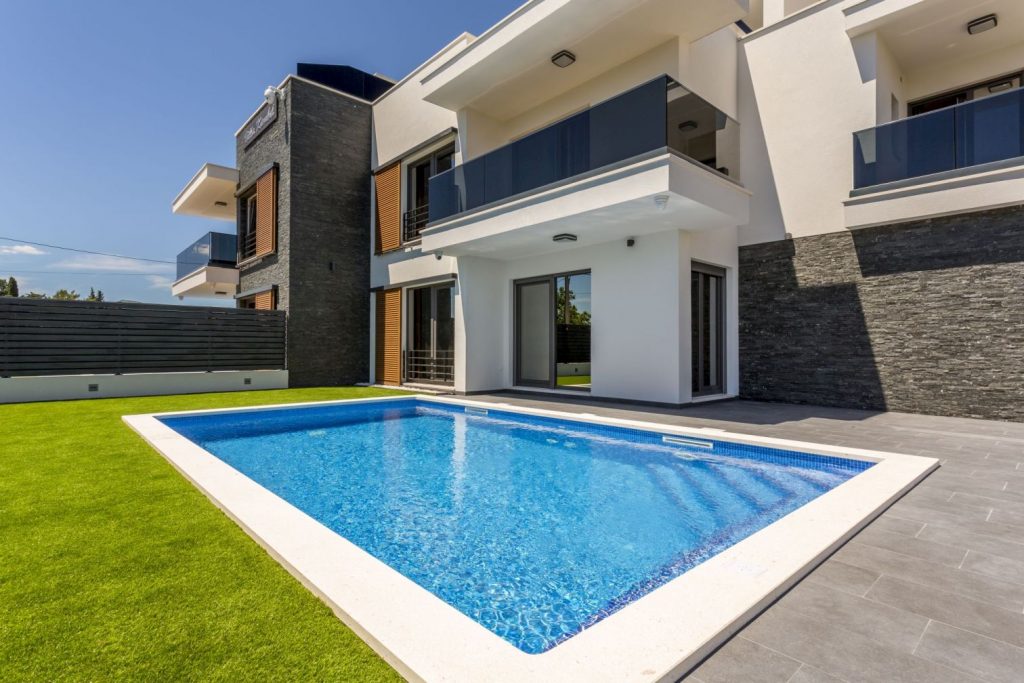 Each villa is independent with its own private heated pool with massage system, outdoor parking space for few cars and does not depend on the other. Villa is located in the quiet area of Kastel Kambelovac only 50 m from the sea and 5 min to the center of town. Also, provides complete privacy from the neighbor’s interaction which is ideal for holidays with your family and friends.

Villa is arranged over three floors: ground floor, first floor and terrace with the Bar on the top.

Villa is comfortable for 6 persons in 3 double bed rooms and 2 people can sleep in extra sofa bed.

The ground floor of the villa is a comfortable living room with fully equipped kitchen, big dining table and one toilet with laundry room. Large glass walls can be opened and provide access to the outdoor pool terrace with 30m² heated swimming pool with massage system, outside shower, rattan garniture and umbrella. Near the pool you can enjoy sun beds and BBQ.

First floor is designed as sleeping area with 3 sleeping rooms. In each room we have: double bed, bathroom with heating floor, SmartSat-TV, wardrobe, working table, towel and sheets, air conditioning and balcony with sea view.

The top floor is conceived as a relaxing terrace with beautiful sea views on the Islands, Jacuzzi, Drink Bar, Rattan Furniture, Smart Sat TV and Bathroom. Also, guests have an amazing panoramic sea view on two UNESCO protected towns Trogir and Split which are only 20 min away.
The entire property is available exclusively to our guests and they have complete privacy. 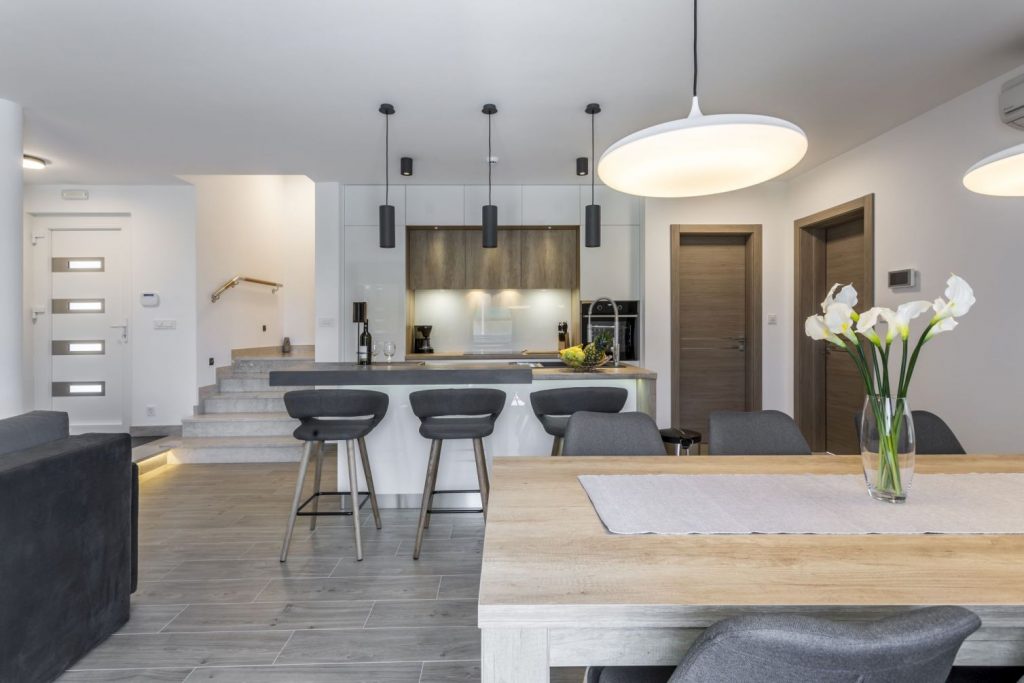 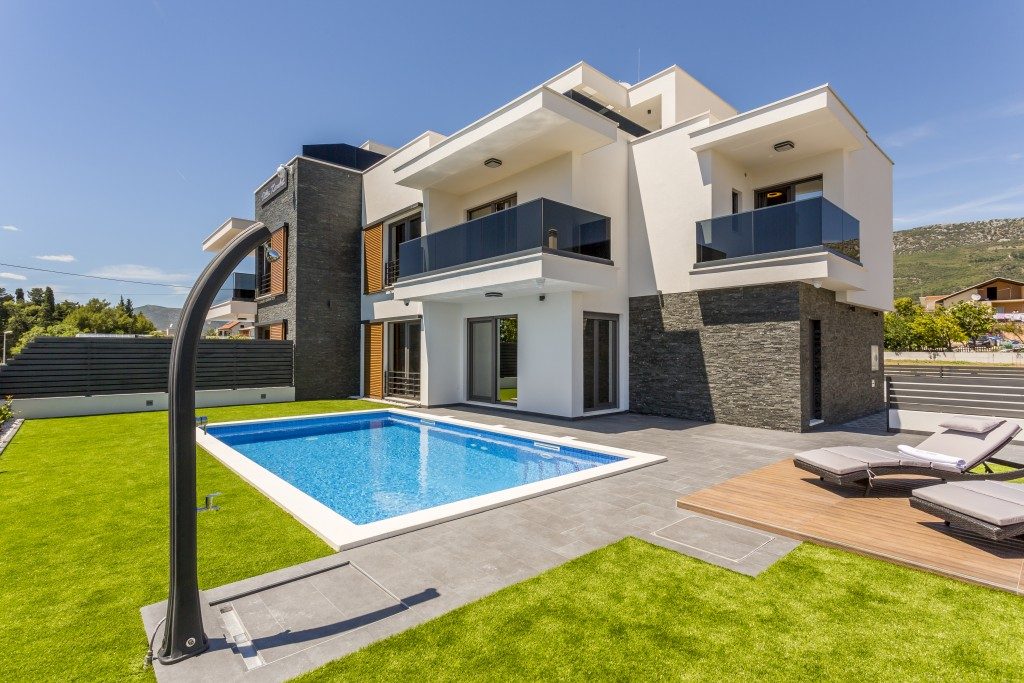 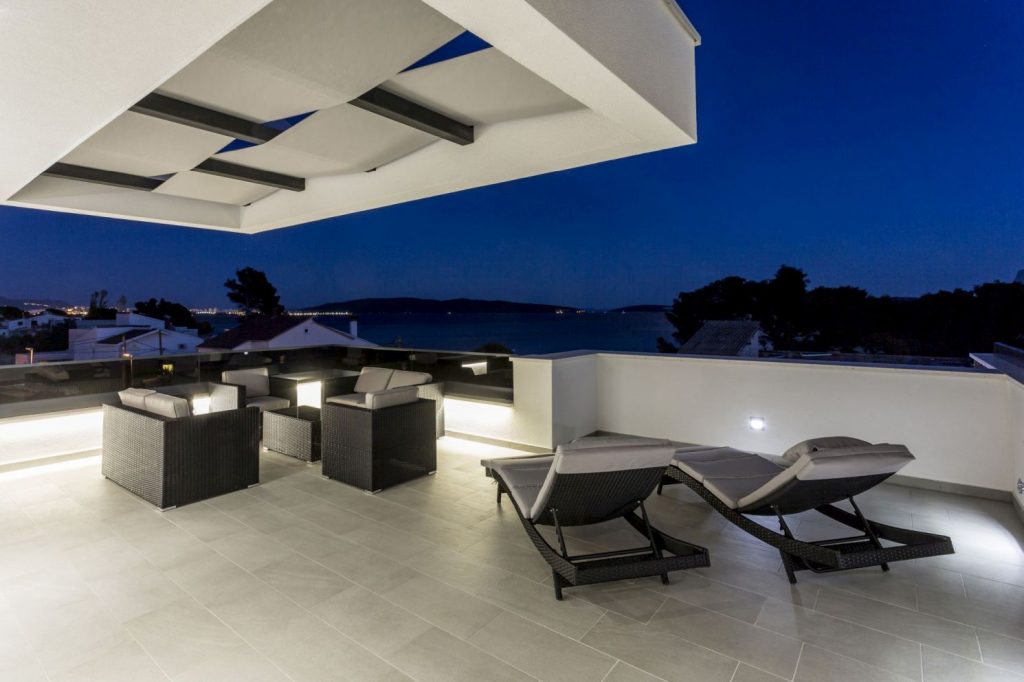 We are available 24/7 Monday to Sunday